It was in the early 2000s when Dhaka banned baby taxis from its streets to reduce air pollution. Dhakaites were then introduced to CNG-powered auto-vehicles for their urban commute. Those new vehicles were painted entirely green to maintain a sense of uniformity. This decision might have eased some of their environmental concerns, but what many did not discern at that moment was the extinction of baby taxi art. A few years later, indomitable flowers started blooming on the sides of these vehicles. Quite similarly to this unexpected emergence, bunches of flowers also started blooming on the walls of white cubes, be it as a parasite, host, or both.

Rongbaaz, undertaken at Britto Art Space, seeks collaboration among several contemporary Bangladeshi artists – Aminul Islam Ashik, Jewel A Rob, Lutfun Nahar, Mahbubur Rahman, Shimul Dutta, Shimul Saha, Tayeba Begum Lipi, Yasmin Jahan Nupur, Mohammad Hanif Pappu, and Tapan Das – from seemingly different modes of art practices. Even though Britto Arts Trust has previously accommodated similar projects within their institutional framework, this one eventually turns out as more self-referential than the others. The first thing that can grab anyone’s attention is the mirror hanged on one of the columns upon which the white cube gallery stands. Framed by decorative materials typically seen on the hood of rickshaws, this mirror evinces how the project banks on the dominance of rickshaw and cinema banner painting in Bangladeshi public domain to turn this white cube into a public domain. Nevertheless, it could hardly recapitulate the entire cube in its reflection, let alone what exists beyond. Yet, the viewers can situate themselves against or within the institution in that restricted reflection and explore the apparent contention between the public domain and institutional domain in Bangladesh.

The term rongbaaz is popularly referred to as someone who defies the law and order. How is this project ambitioning to become a space for the rongbaaz of the Bangladeshi art landscape? The venture correlates with Andrea Fraser’s idea of an institution of critique by acknowledging its inextricability from the institution followed by an examination of its function. Like graffiti, artists of this exhibition vandalized the facade of their institution even after being cognizant about the expunction of this makeover once the exhibition would be over. Not only do such temporal and spatial restrictions hint at the infrastructural limitation of local art and cultural institutions, but they also confess how even with lesser endorsement rickshaw art and cinema banner practice have thrived and been mobilizing the public sphere for nearly half a century.
The collaboration envisions a new language in contemporary arts at the crossroads of different streams of artistic thoughts. The incorporation of the aesthetic language used by rickshaw or cinema banner artists into Leonardo da Vinci’s The Last Supper deliberately demonstrates disorientation, if not only defiance. The conjoining of the flamboyant color palette, the lotus platform, and the narcissistic figuration of the selves in the work initiates a process of de-westernization and self-criticism. For both art and human history, Vinci’s painting, as well as the moment captured within, marks a new era. The question is how and to what extent Rongbaaz is doing it.

Often overgeneralized (and mistreated) as naive or primitive for being pastiche and vernacular, both rickshaw art and cinema banner painting practices require a thorough investigation, both artistically and academically. The reenactment of some of the epochs of Western art, culture, and civilization—for example, Vinci’s artistic reawakening and Sam Shaw’s iconic sexualization of Marilyn Monroe—tests the expandability and adaptability of these practices without maiming their core values. The visual retracing of pop icons from both east and west reminisces the postmodern movement of Andy Warhol that once incepted the critical potential of pastiche. Besides, dramatic moments taken from Bangla films manifest how affective experiences can traverse different aesthetic domains, for example, film and painting. Shelved within reach and encompassed by the utilitarian philosophy of rickshaw and cinema banner painting, the painted pots and pans remind how these practices are going through material and consumerist evolution due to the inimical economy.
All these cohesively fractured images eventually contemplate the frontiers stationed in between high and low, pastiche and original, institutionalized and noninstitutionalized. As emphasized repeatedly, the true success of Rongbaaz lies in the fact that it intentionally fails to challenge the trajectory of these so-called naive art practices, instead reflecting on the self at large.

The author has devoted a significant portion of his academic career to the study of rickshaw art and the likes. He recently graduated from Simon Fraser University, Canada with a degree in Contemporary Arts. His research interests include South Asian arts, aesthetics, and visual culture.

Edge brings ‘Art in the Times of Coronavirus’ 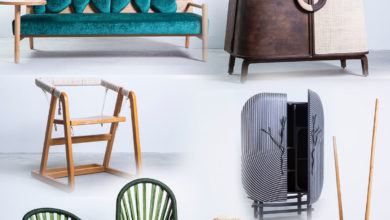 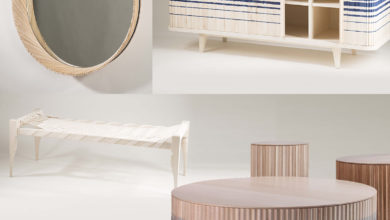